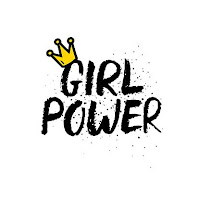 It is common to see claims that if only women were in charge things would be much better and nicer, for example that people would be much happier at work, inequality would fall, climate change would be solved.

There is no good evidence for these claims. They seem to rely on the question begging assumption that the best explanation for why people in charge of things seem so often seem incompetent, mean, self-serving, unresponsive to their constituents' needs, and so on is that they are men. This framing is then used to cherry pick anecdotes about female prime ministers/CEOs that support the possibility, but not the probability that women would do things better.

As a general rule, we should reject claims supported by inadequate evidence. We should also be careful to distinguish moral claims about fairness in the competition for power from claims about how that power would be exercised. The first moral problem of power is whether it is used rightly and for the good. The moral problem of fair opportunity to gain power is a secondary and far less significant moral problem. To put it another way, we should care less about the gender of the super competitive alphas who get the top jobs in our society, and more about the poor saps who will be ruled by them.

Assuming that power is misused because it is held by men leaves us unprepared for the very probable discovery that things will be just as bed when most things are run by women (which in some countries is only a couple of decades away). This is because it is institutions rather than gender that select, train, and constrain those who wield power, and it is highly questionable whether and how far those institutions would be changed merely by changing the gender of those in charge. Instead of trying to control how power is exercised by changing the gender of those in charge, we should focus directly on restructuring the institutions of power, for example by making political leaders more legally accountable and empowering employees with workplace democracy. The aim should be to ensure that whether the people in charge are men or women, they are no longer able to behave like bullies or tyrants.