A Team Approach to Intergenerational Justice

We have difficulty living up to our obligations to future generations. To be precise, our problem is not not that we don’t care about what happens to the world after we're gone. It is that we can’t explain why we should care, and therefore cannot systematically think through and institutionalise the responsibilities implied. That might not matter so much - it hasn't mattered too much before in human history - except that we face at least one big intergenerational problem that just can't be muddled through: Climate Change. 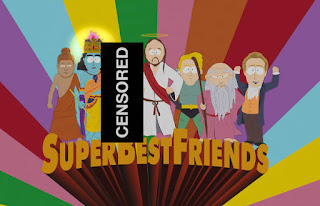 What Terrorists Want - and How to Stop Them Getting It

After every new atrocity or catchy ISIS video the armchair psychologists and amateur Islamic theologians take to the air. Their low grade psychobabble turns tragic events into compelling TV narrative and brings mainstream attention to political opportunists. But even if it made better sense it would still be irrelevant. All these pundits are focused on the wrong thing: how particular individuals are recruited to terrorist groups and causes.

Terrorism is not a personality type, a psychological illness, a theology, or a goal in itself. Terrorism is a technique, a particular form of warfare that the weak wage against the strong.

If we want to stop terrorism we have to first understand it. That means acknowledging its rationality as a means to an end. The question we should be asking is, what are terrorist acts supposed to achieve and how?

The Concept of White Privilege Does More Harm Than Good

'White privilege' and its cousins have achieved enormous prominence on the American left, from which it now seems to be spreading around the Western world. As a slogan it has an undeniable rhetorical power. But from a moral perspective it is flawed: at best mistaken about the core problem of racial injustice and at worst racist in its own right. At the political level it is divisive - arguably deliberately so - and thus incapable of supporting the consensus needed to build a just society.

Saving The Planet: Why Cap-and-Trade Is Not Fit For Purpose

"It's not easy being green"
-Kermit the Frog

A consensus is finally shaping up among international policy-makers. Market-based emissions trading has become the modern world's primary pollution control mechanism, forming a key part of various national and international bodies' commitment to climate change mitigation. The largest such market is the European Union's Emissions Trading System, which accounts for over 90% of the world's carbon market volume, but market trading systems are also a key part of the Kyoto protocol under the Clean Development Mechanism, and looks set to be adopted in China in the near future. Unfortunately cap-and-trade emissions systems are structurally incapable of delivering us from climate change.
Read more »

The Brain Gain: Why Smart People Should be Encouraged to Leave Developing Countries 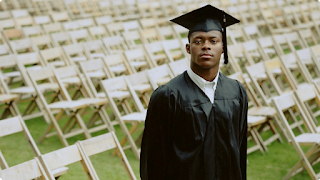 Skilled workers emigrating from developing countries are good for us, but bad for the developing countries At least, according to the received wisdom. When considering the facts, a different picture emerges. One with many economic upsides for the migrant's home country. Meet the brain gain.