This is modelled on Adam Smith's famous account of how the overall outcome of lots of self-interested actions in the economic sphere can be good for society as a whole. Bakers just want to make a buck, but their self-interest produces the bread that feeds the people. Their competition for sales keeps prices down. The customers in turn just want the cheapest best bread, but wind up helping the best bakers make a good living. You get the idea. Smith argued that in the economic domain this could be a far more reliable mechanism for achieving good outcomes than good intentions.

Invisible hand ethics has long since conquered the economic domain. We no longer worry, as theologians did (they still do – but we don't listen anymore), about whether it is ethical for business people to make a profit beyond what they deserve for their work; whether prices should be proportionate to people's ability to pay; or whether a life of money making is a good one. The duty of the businessperson – as taught in every business degree, magazine, and TV gameshow – is just to help her company win the game and take home the profit prize.

The idea of moral desert is still there. But now merit is decided by economic outcomes (price and demand), not by the moral inputs (the character or intentions of those concerned). Economic ethics has been outsourced to the markets. It is now a property of the system rather than of individuals.

Invisible hand ethics has spread. It can now be found far beyond the economic domain, especially in the professions organised around antagonistic competition, such as politics, science, sport, academia, law, and journalism. Lawyers strive to tell the story that best suits their client's interest; scientists race to make discoveries first; politicians try to get the most votes; etc.

The invisible hand is supposed to transmute this aggressive pursuit of self-interest by individual players into collective goods like knowledge and justice and prosperity. It does so by domesticating the raw desire for self-aggrandizement into an ethics of winning a carefully structured and regulated competition. Thus, for example, the genius of liberal democracy. Instead of trying to eliminate the vices of vanity and ambition for power (as the moralists and theocrats promise) those very vices are redirected into a competition to serve the public best. Competition between politicians keeps them subservient to the people and encourages a vigorous public debate about the best way to manage things.

Before explaining my worries about invisible hand ethics I should acknowledge the power of a system approach to the practise of ethics. If everyone had to do due diligence beforehand about the nature and effects of every action  much less would get done. We are not very good at figuring out the extended effects of our actions. Nor are we very good at investigating the facts behind the choices presented to us. Even very religious people who organise their lives around moral prohibitions must rely on systems (such as kosher/halal certification agencies) to navigate all the choices thrown up by modern life. 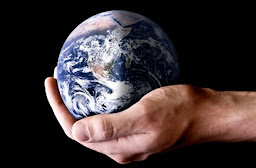 When properly set up and understood, invisible hand ethics can dramatically enhance ethical performance. Unfortunately those conditions are increasingly absent.

Smith's original invisible hand simply describes the phenomenon that in some kinds of cases, such as under certain kinds of competition, our actions can result in unintended (but foreseeable) benefits for others. As Smith was well aware, however, there are also plenty of mechanisms by which people can generate unintended but foreseeable harms on others. For example, individuals leaving their litter behind them on the beach, or over-using antibiotics, or borrowing more money than they can afford to pay back, can all generate a net cost to society.

Whether one ends up with social benefits rather than social costs thus depends on the mechanisms at work in any particular case. If one wants to ensure social benefits then one has to make sure that the system is set up so that the positive mechanisms dominate negative mechanisms, and maintain the system to make sure that it doesn't degrade over time. This is why Adam Smith made his deistic reference to a providential ‘invisible hand' that had so arranged things that they turned out for the best. In mainstream economics this role is played by an independent regulator with (direct or delegated) governmental powers.

Such a regulator is necessary because the system cannot govern itself and is fundamentally unstable. This follows from the direct contradiction between the motives of the economic actors (corporate profit) and the goals of the system (net social gains to the ordinary people). Rules are needed and must be continually recalibrated to promote social benefits and discourage social harms. For example, companies can make profits by creating new better products or by finding new ways to make the same things cheaper. That creates value for society as a whole. Or they can make profits by eliminating their rivals, taking shortcuts with safety, or abusing tax loopholes. That kind of competitive behaviour creates extra problems for society – but from the point of view of a self-interested player of the game, it looks the same.

The first problem is that in the economy and elsewhere we don't have the regulators we need to make the system work, or else they are too partisan or weak to do much good. The result is that we cannot rely on the invisible hand to convert the personal ethics of winning into a better world for everyone. Often we will end up worse off. This is the underlying cause of the financial crisis that brought about the Great Recession. But also problems as various as mass incarceration in America (prosecutors measure success by sentences); populists' political innovations of targeting Muslims and truth; the crisis of replicability and triviality in science; the ubiquity of doping in sport; clickbait journalism; and so on.

The second problem is related to the first. Even though the invisible hand works poorly if at all across all these different areas of modern life, we act as if it does. When I teach business students I am astonished by their faith in the market to fix all problems and turn corporate self-interest into gold. (I am also astonished by the selfless loyalty they aspire to show to their future corporate overlords. Milton Friedman has a lot to answer for.)

Business students are not alone in their naiveté. These days many academics  - even philosophers -profess to believe that we discharge our responsibilities to the idea of the university by publishing more articles than other people. By winning the publishing game we advance our careers and personal prestige. We simply assume what is convenient to believe: that the publishing system translates our personal achievement into a contribution to human knowledge in general.

No wonder the invisible hand is breaking down everywhere! We have forgotten how it works, and how much care and effort it takes to keep it going. It has become taken for granted, like the internet or indoor plumbing. In keeping with its own principle, we have outsourced our understanding of how invisible hand ethics works. We assume that we can just get on with doing the things that suit us best – like seeing if we can make the H5N1 virus airborne to achieve a high prestige publication; or selling people's personal browsing histories to advertisers – and the system will somehow turn our self-service into gold.

The third problem is related to the second. The kinds of work where ethics has been outsourced to the invisible hand used to be called vocations – something one feels inwardly called upon to do. They came with a set of intrinsic values we could analyse, discuss, and compare our performance to, such as the intellectual humility, honesty, and curiosity of the traditional academic. Now the ethical character they model increasingly resembles that of the businessperson. Winning is all. Good lawyers are the ones who win cases; good academics win prestigious positions at places like Harvard; good politicians win elections; good athletes win medals. Other values are squeezed out by the relentless competition that powers the system. Across all the key institutions of the modern world - from the university to the media to politics to science - we can see a degradation of value and of the ability to think properly about value. No wonder popular trust in them has collapsed.

The system we have created does not ensure ethical outcomes because it has replaced ethical motivations with incentives – and has failed to keep those incentives lined up with good outcomes for society. Training individuals to be interested only in what it takes to win is removing our ability to recognise and act on our moral responsibilities to the work we do, to each other, and to the system we all depend on. This is a recipe for personal corruption and social failure.

Note
This essay comes out of an ongoing research project 'What Good Markets are Good For' funded by the Templeton World Charity Foundation.