Ideas Are Too Exciting; Arguments Are Too Hard 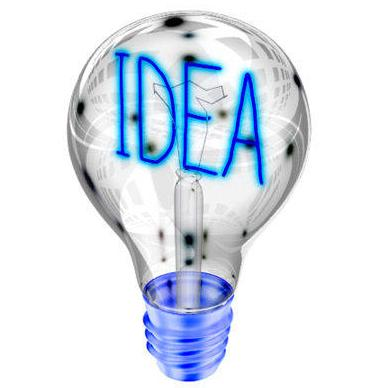 I found that those of my friends who were admirers of Marx, Freud, and Adler, were impressed by a number of points common to these theories, and especially by their apparent explanatory power. These theories appeared to be able to explain practically everything that happened within the fields to which they referred. The study of any of them seemed to have the effect of an intellectual conversion or revelation, opening your eyes to a new truth hidden from those not yet initiated. Once your eyes were thus opened you saw confirming instances everywhere: the world was full of verifications of the theory. Whatever happened always confirmed it. Thus its truth appeared manifest; and unbelievers were clearly people who did not want to see the manifest truth; who refused to see it, either because it was against their class interest, or because of their repressions which were still 'un-analysed' and crying aloud for treatment. (Popper in Conjectures and Refutations)

Popper's solution to this was to distinguish scientific theories from non-scientific theories (which should be treated as myths) on the basis of their exposure to empirical falsification. To Popper and other philosophers of science there was nothing wrong with 'myths' in themselves. By changing how we see the world - say, by seeing nature in terms of natural selection rather than Creation - new ideas may well improve our understanding and generate new testable hypotheses. Indeed it is hard to see how else we could hope for improvements. The key point is that the discovery of some new view of things (in which imagination and creativity and unconventionality are all helpful) should always be followed by a second phase of justification that focuses on whether this idea is worth believing, or is merely a myth. This phase is concerned with the quality of the argument for the idea, and is dominated by a quite different concern for empirical details and methodological precision and consistency. It requires holding the idea at a distance and attempting to consider it as you would any other. It requires attitudes and intellectual virtues much more like those of an accountant than a free-spirited, free-thinking artist.
The success of science demonstrates the success and limitations of this insistence on justification. The scientific revolution of the 17th century introduced a new method of solving disputes between ideas - empirical arguments - which depended on the systematic search for empirical evidence for and against. (Philosopher of science Michel Strevens has a wonderful new book on this, reviewed here.) This method is certainly effective, but it is also massively tedious:

behind these achievements [of science] . . . are long hours, days, months of tedious laboratory labor. The single greatest obstacle to successful science is the difficulty of persuading brilliant minds to give up the intellectual pleasures of continual speculation and debate, theorizing and arguing, and to turn instead to a life consisting almost entirely of the production of experimental data. (Strevens in The Knowledge Machine)

Most disputes in philosophy cannot be resolved by this method of empirical argument because philosophy is about 2nd order problems and therefore the right answer does not depend only on what the facts happen to be but on what was the right question to ask. Philosophers wonder together about how best to think about problems - such as 'What is the meaning of life?' - where we do not yet know what it is that we want to know (previously). Discovering and trying out new ideas is certainly central to the philosophical process. But so is justification. Without attention to the arguments, philosophy degenerates very rapidly into bullshit.
Despite lacking the empirical decisiveness sometimes available in the natural sciences, analytic philosophers can and do justify the value of our ideas and the reasons for believing them at great length, rigour, and detail. Doing so requires establishing critical distance to our creations and acknowledging the possibility that they may be failures. In order to justify our idea as if to an impartial spectator scrutinising it from outside we must get somewhat outside the idea: we must get it outside our head again after spending so long getting our head around it. But besides that important shift in orientation is the quantity of work required. A standard exercise in justification is 10,000 words long, or even book length. They are immensely demanding to produce to the required standard (which is why I haven't bothered here). They are also hard work to consume, which is why so many undergraduates excited by philosophical ideas are nevertheless so reluctant to read the arguments behind them.
A crude economic analysis may be warranted here. Ideas are fun to learn, think with, and talk about. Therefore ideas have a high psychological pay-off to effort ratio. In contrast, arguments are boring and difficult to make and consume. Therefore arguments have a high effort to psychological pay-off ratio. It follows that, even in the university, there will be much higher demand for ideas (and the corresponding quantity supplied) than there will be for the arguments that we need to distinguish good from bad ideas.
It is true that the distinction between ideas and arguments is a fuzzy one. There is no precise boundary where explanation of an idea ends and argument for it begins. But in general it is clear enough when people are attending seriously to the challenge of justification by explaining and examining evidence, coherence, and validity, and when they are not. It is also true that some ideas in philosophy and elsewhere are very difficult to understand and are therefore perhaps not so cheap after all. (Yes, I am thinking here of certain continental philosophers.) The danger is that the experience of one kind of effort (of understanding a complicated idea) is mistaken for another (the tedious work of examining the justification for the idea), in the same way that climbing a mountain may be misunderstood to be a worthwhile achievement merely because it was a difficult one. Indeed I often find students confusing obscurity with profundity in just this way - an error I also relate to the meta-idea of knowledge as esoteric, whose main challenge lies in finding and extracting it from its hiding place.
***
To sum up. New ideas make our brains light up, but that phenomenology of enlightenment easily misleads us about their value. We need quality control and therefore we need to work through the impartial arguments for the exciting new ideas we come across; but we don't because that would be way more work and way less fun. The result is that our minds are abuzz with things we think we know, and which feel important to know, but which probably aren't either.
Also, yes, I know I am part of the problem. This is just one more idea designed to catch your interest with its (mild) novelty and anti-conventionalism. I didn't have the time to practise what I preach and lay out a proper argument for it that would lay its presumptions and assumptions open for inspection and challenge (and would you have read it if I had?). Perhaps someone else could do that for me and let me know if this idea is one of the good ones? That would be great.

*Note I am not arguing in defence of the traditional Western canon. It is absurd to claim that the ideas of Plato or Aristotle or other figures from the Western canon are worth studying just because they are the ideas of Plato or Aristotle, or because they are 'ours'. That would be cultural fetishism rather than philosophy. Students deserve to study good ideas no matter their origin story and also to be trained in how to think properly about which ideas deserve our interest and commitment.