Privacy Is The Right To Be Mysterious. Democracy Depends On It 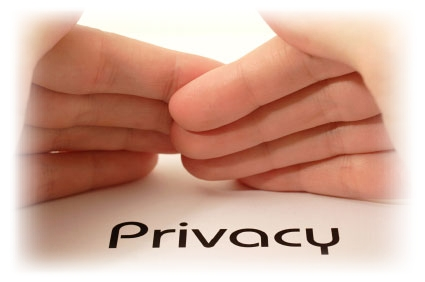 At the heart of liberalism is the idea of personal sovereignty. There is some domain of thought and feeling that is essentially private, for which we are not answerable to others because it is no one else’s proper business. Privacy is the meta-right that guarantees this right to think our way to our own decisions in our life, whether that be how to follow our god, or what to make of our sexual inclinations, or how to grieve for someone we have lost. It prevents others demanding justifications for our every thought and feeling by veiling them from their view. It is the right to be mysterious to others.

More specifically, privacy is the right to choose how we are known and by whom. For example, we may confide the details of an embarrassing problem with a particular friend – but not just any friend and certainly not a stranger. We do so because of the mutually trusting, caring relationship we have with that person. They may still criticize us for our faults, but not like a stranger would, whose knowledge of us lacks that special relational context. A friend’s criticism could actually help us do better. And if it doesn’t, they will respect our confidence. They won’t turn around and ‘share’ it with all the people who might find it interesting.

Of course, the right to control how you are known is not unlimited. You can’t control exactly what people know about you and you certainly can’t control what they make of it. And like other rights, such as speech or property, it may be curtailed in particular cases to protect other rights held by other people. For example, a convicted fraudster should not have the right to hide that fact from prospective business partners. On the other hand, his neighbours don’t have such a need to know. And even his business partners don’t need to know his sexuality or religion. The fact that people may be curious enough about such things that they will ask google, and that google can sell more advertising by telling them, cannot justify disrespecting people’s privacy.

These days lots of people are talking about the value of privacy and its limits in the internet age. But few note its political significance, so that is where I focus here.

The right to privacy is a mark of a liberal society, one in which individuals matter for ourselves and other things matter because they matter to us. It contrasts with totalitarian regimes in which every individual thought and action has a political implication for which the government may hold you answerable. And to communitarian regimes in which individuals must answer for everything to the social group. In both of these regimes, privacy means secrets and secrets mean disloyalty.

There is thus a political dimension to privacy. Democracy depends on an asymmetry between the privacy of a people and the publicity of their government. The government should be transparent. Its officers, organization, policies, reasoning, and so on must be laid bare so that it can be effectively held answerable for its actions and values. Even necessary secrets should be clearly delineated so we can see the space where they would be, rather than left as a murky fog. For example, the CIA should operate within a legal structure and be subject to legislative oversight even if some parts of what it does are hidden from general view for operational reasons.

In contrast, the people should remain mysterious to their government. In the modern world governments have extraordinary power. But in a democracy those who rule are kept accountable because the people retain the ultimate political power – sovereignty, the right to make decisions without being held answerable for them. We judge the government based on our values, which we find good for reasons that need only persuade ourselves. The government has no reciprocal right to judge the people.

Wherever governments are mysterious, this relationship flips around. The government has the sovereignty and the people don’t. We don’t even know what questions to ask or where to direct them. In China for example, the constitution means nothing. There is an official government and a parallel one made up of party officials that works who knows how. Likewise in the private sector, all corporations are required to collaborate with the party, but not to speak of it. All official communications and statistics are propaganda. Unofficial communications are subject to censorship. Citizens cannot trust anything they hear and are reduced to fumbling around in the dark wondering how much of what they heard about the latest vaccine scandal is true and what danger their child is in.

Although the Chinese government dislikes scrutiny of its own workings or actions, it is anxious to get to know its citizens. It is rolling out a horrifying Social Credit System that scores people on how virtuous they are according to the logic of the party (parents good; gamers and dissenters bad) and rewards or punishes them accordingly. In China the relationship between people and government is asymmetrical in the wrong way. The government judges the people but bans the people from judging the government.

The right to privacy evolved slowly in a virtuous entanglement of ideas and social changes in western Europe. The reformation established the fact of religious diversity. The enlightenment philosophers shattered the idea that individuals could be held accountable for their religious convictions as if they were moral choices [previously]. Religion became the core of the new idea of individual sovereignty, a small space in which whatever you thought was no one else’s rightful concern. Then shifts in the economy sent millions of people from the land to the cities, where they exchanged the continuous mutual surveillance and policing of village life for the relative anonymity of city life. People had a new freedom to decide for themselves how to live, but also to decide with whom to confide those intimate choices.

Privacy fulfills a deep human need, but it is not an inevitable feature of the human condition. It is contingent on the institutional context in which we live. In just 10 years we have built an economy of mass for-profit surveillance that threatens to strip away our mysteriousness and turn us into universally known objects subject to social and political policing. The motivation is different from the Chinese government’s, but in the long run the outcome may be similar.

Already there is ample evidence of how the loss of privacy undermines our agency as free citizens. To be known by a friend is a blessing. To be known by an adversary is to be vulnerable to attack. We can be deceived and manipulated by those able to crunch the data and figure out which buttons to press. The system was designed to help companies sell more junk by showing us the adverts we would be most likely to fall for, and to tailor the prices we see so that more of the gains of each transaction stay with the seller. These techniques and the underlying advertising infrastructure may not be as effective yet as their sales pitch (in the Big Tech economy, the lies go all the way down), but they are already being heavily used by political campaigns.

Political operators are excited by the opportunity to individually target voters with the particular kinds of lies or disinformation our profile shows we are most likely to believe. Algorithms can track what does and doesn’t work and automatically revise and improve the most effective lies. For example, a racist political party could pay for a targeted advertising campaign. It would send you messages about the one policy - say rural economic revival - that you are likely to agree with. When you click on the link to find out more it would take you to a version of their website specifically tailored to make you think this party shares your values. Or, if that political campaign’s big data analysis determines that you are committed to never voting for a racist party, they can reduce your interest in voting by bombarding you with false opinion polls that show your candidate has a huge lead and your vote isn’t necessary.

We have been complacent, not noticing as our privacy was chiseled away by internet companies hoping to turn it into gold. We forgot the old adage that knowledge is power. The more we become universally known objects, our preferences, relations, and history mapped and published to the world, the less free we become to live our own life. As is the explicit aim of China’s Social Credit System, the metric becomes the goal. When everyone can see straight through us and judge us, we reorder our lives to meet their standards. We return to the mutual social policing of the pre-industrial revolution village.

Of course Facebook and Google and the like don’t share everything they know about us. Instead they sell access to their knowledge of us to advertisers, or anyone else who pays. Unfortunately our politicians have already discovered that lies are an extremely effective means of persuasion and motivation when they have the chance to talk to us one at a time rather than submit to the public scrutiny of a public broadcast. We are moving from the ideal of democracy as government by discussion to a form of retail politics modeled on fraudulent affiliate marketing.