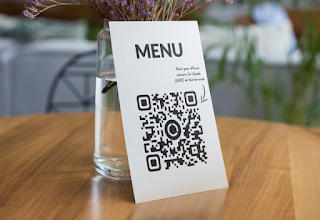 A large number of jobs exist not because they create economic value but because they make business sense given the institutions we have - customer expectations, bureaucratic regulations, and so on. They do not solve a real problem but a fake problem created by inefficient institutions. They therefore do not make our society better off but rather they represent a great cost to society - of many people's time being expended on something fundamentally pointless instead of something worthwhile. One way of spotting such anti-jobs is to compare staffing in the same industry across different countries. US supermarkets employ people just to greet customers and bag groceries, for example, which would seem a ridiculous waste of time in most of the world. In Japan one can find people standing in front of road construction waving a flag (they are replaced with mechanical manikins on nights and weekends).

Another way to spot anti-jobs is to to observe the effects of Covid restrictions and look for areas where removing workers or tasks made no impact on performance, or even improved it. Take waiters. In America there are around 2 million people doing this job (1.4% of all employment). The experience of Covid lockdowns shows that much of what waiters do can be done better by pasting a QR code to tables for customers to scan to visit the menu webpage and order and pay directly. Having learned this, it would be ridiculous to go back to employing people to waste their time and their customers' by doing such fundamentally needless work. We still need some waiters to bring the food and drink we ordered (for now), but we don't need nearly as many because we don't need to employ people to ask us what we want and then tell someone else to make it.

I. Waiters are Bad at their Job

The point of going to a restaurant is to enjoy a nice meal in good company. The people you want to interact with are the ones you brought with you. Unless you are rather odd, your interactions with waiters are merely of the instrumental kind - they are merely a means to get food and drink brought to the table. If there were a better way to get served you should take it. And the fact is that relying on waiters is a major hassle and a distraction from the meal and the company you chose. In Europe they tend to leave you alone, but then when you do want something you have to interrupt your conversation to try to find one. In North America they are constantly interrupting your conversation in an effort to insert their unctuous willingness to please into your memory for when you calculate their tip.

This hassle is not only annoying but actually quite expensive because human interaction is a friction that slows everything down and adds to the costs of going out. It is notably quicker as well as easier to get food in places that use QR ordering (or variations on it, such as ipad menus). At the same time, those restaurants don't need as many staff to serve the same number of customers. Lower costs for operating a restaurant show up as lower prices for customers, which means more people can afford an (improved) experience of going out for dinner. In turn that means more restaurants and more jobs in those restaurants. (It's like what happened with ATMs. They made it cheaper to operate bank branches so the number of branches went up and the total number of bank teller jobs actually rose.)

There may have been a time when computing power was so scarce that it made economic sense to pay an actual person to act as an information retrieval device, telling you from memory what was available and answering your questions about it (allergies and substitutions and so forth). But now that nearly everyone under 65 (and most over 65s) has a smartphone this scarcity no longer exists. Moreover, e-menus are available on demand and don't have the limits of human memory. They can be updated more easily and can include far more information, such as pictures, calorie counts, and support for ordering in multiple languages. Information about important things like allergies can be communicated more reliably if it doesn't have to pass through a human mind trying to remember 17 other things at the same time. Special requests can still be added to an order - all the waiter ever did was disappear to ask the cooks if it was possible anyway. Call buttons (perhaps with a charge) can be included for those who really do need to speak to a human person. (Again the analogy with ATMs is a good one: There are still sometimes complicated things you need to see a human bank teller about, but for most people most of the time an ATM does perfectly well and is far more convenient.)

Is there some additional special value that waiters bring that QR ordering cannot? Of course. Interacting with humans is expensive and annoying, but it does have a brighter side. There are all sorts of nice and thoughtful things that waiters do for restaurant customers - many of them not in their official job description - from warming a baby's milk bottle to bringing a dog a bowl of water. But the same could be said for many other jobs that it was nevertheless right to automate away, such as switchboard operators, elevator operators, bank tellers, and white gloved police who used to direct traffic. The point is not that human waiters don't bring any special value at all. The point is that their total value minus their intrinsic inconvenience and financial costs is significantly less than QR ordering. The point is that QR ordering is better.

“A bullshit job is one that even the person doing it secretly believes need not, or should not, exist. That if the job, or even the whole industry, were to vanish, either it would make no difference to anyone, or the world might even be a slightly better place.” (David Graeber, ‘Bullshit Jobs: A Theory’, 2018)

Work is activity that is not valuable in itself but brings valuable things about. As described in Graeber's book, many jobs fail this criteria because they do not create net positive value in the world (such as box-ticking office work, or telemarketing). But Graeber did not notice that creating value is not sufficient for work to be worth doing. In addition the work must be necessary to achieving the valuable outcome. Imagine employing people in the 21st century to use picks and shovels  to build a road instead of earthmovers. If a job creates value but can be done better by a glorified bar code then it is not necessary and it is not worth doing. It is an anti-job, something which functions merely to drain away human time and living. Anti-jobs do not respect human dignity. They cannot be justified in a way that does not demean those doing them. Any civilised society should prioritise the elimination of such jobs.

The elimination can proceed along two lines. Technological progress directly eliminates the needfulness of human labour, but this is not always immediately noticed by employers. Higher minimum wages raise the cost of employing humans and so provide an incentive to employers to be more alert to the opportunities technology offers to eliminate unnecessary jobs. Instituting a basic income would have a very similar effect, without harming the poor as minimum wages do, by liberating people from having to take worthless jobs just to survive.

In addition to technological possibilities we should also attend to the demand side of anti-jobs, the bad social habits that create a market for such jobs to serve. This is tricky because modern economics no longer even tries to tell 'good' demand from 'bad': all that matters is customers' willingness to pay. (Hence the peculiar fact that during Covid many governments banned unnecessary travel, meaning anything you did for yourself, while allowing necessary travel, meaning anything that someone was paying you to do.) In reality however we can perfectly well recognise that customers' preferences can be irrational and 'sticky'. For example, many restaurant customers think that they prefer waiters but really they are just used to doing things that way. Such preferences are a reflection of the status quo and will adapt quite quickly to changes (just as customers adapted to self-service supermarkets in the 1950s). The Covid experience should make that adaptation easier.

There can also be straightforwardly immoral preferences that the world would be better off without meeting. For example, at least some middle-class people, especially in America, seem to want to keep waiters because they enjoy having someone perform the emotional labour of making them feel like they are more important than they are. It is as if they are LARPing as a rich person from the 19th century by renting a footman to give them lots of obsequious attention. There is something disgraceful about such a desire, even if those people were willing to pay the full cost of the privilege (at the moment it is cross-subsidised by all the other customers). It also contributes to the sense of entitlement behind the appalling customer behaviour that restaurant workers are often subject to, and which has been a major factor in the Great Resignation. Moral exhortations might help, but even better is a system, like QR ordering, which simply blocks such disgraceful preferences from being fulfilled.