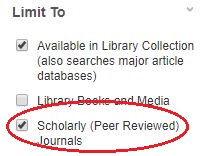 If we were building it from scratch, I don't think we would set up a system like this in which publicly funded research is privatised and commoditised, resulting in enormous profits for a handful of companies while systematically excluding ordinary citizens, journalists, and poorer country universities from access. There are many attempts to change things, from protests against price-gouging behaviours, to boycotts of the most loathed company, Elsevier, to outright defiance (pirate sites like scihub and libgen), to the creation of free Open Access alternatives. I wish them well.* Here I want to open up a new front that is not about access but how the product gets made: the treatment of peer reviewers
Read more »

Can Corporations Be ‘Good Citizens’?

The idea of ‘good corporate citizenship’ has become popular recently among business ethicists and corporate leaders. You may have noticed its appearance on corporate websites and CEO speeches. But what does it mean and does it matter? Is it any more than a new species of public relations flimflam to set beside terms like ‘corporate social responsibility’ and the ‘triple bottom line’? Is it just a metaphor?

The history of the term does not promise much. It does indeed seem to have evolved out of corporate speak – how corporations represent themselves rather than how they view themselves – selected, perhaps, for sounding reassuring but vague. Its popularity has far preceded its definition; ‘corporate citizenship’ is still evolving, looking for a place to settle.

But what it is about is important. For it represents a political turn to the old question, Who are corporations for and how is their power to be managed? Are corporations bound to serve society’s interest, or are they free to follow their own? Are they public institutions, part of the governance of our society and publicly accountable to us for their actions, or are they private associations accountable only to their managers and owners?

No One Actually Believes Fake News. So What's The Problem?

The statistics are shocking. A Russian troll farm created false anti-Clinton stories and distributed them on platforms like Facebook and Twitter. As many as 126 million Facebook users may have encountered at least one piece of Russian propaganda; Russian tweets received as many as 288 million views. The Russians, like Trump's campaign itself, leveraged the AdTech infrastructure developed by social media companies like Facebook, Google, and Twitter to identify and target those most receptive to their lies and provocations.

What is going on? Is this something new? Does it matter?
Read more »

This is modelled on Adam Smith's famous account of how the overall outcome of lots of self-interested actions in the economic sphere can be good for society as a whole. Bakers just want to make a buck, but their self-interest produces the bread that feeds the people. Their competition for sales keeps prices down. The customers in turn just want the cheapest best bread, but wind up helping the best bakers make a good living. You get the idea. Smith argued that in the economic domain this could be a far more reliable mechanism for achieving good outcomes than good intentions.
Read more »

Tyrants like Vladamir Putin and Kim Jong Un seem to win a lot of their geopolitical contests against democratic governments. How do they do it?
A common explanation is that these tyrants are better at playing the game. They are strategic geniuses leading governments with decades of experience in foreign affairs and characterised by single-mindedness and a long-term horizon. Of course they are going to make better geopolitical moves than democratic governments riven by political factionalism and only able to think as far ahead as the next election.
This explanation is wrong. Tyrants don’t succeed because they are especially skilled at the game of geopolitics, but because they are baddies. Tyrants make bold moves because they are willing to subject their country (and the whole world) to more risk. They can do that because they care less than democrats, and hence worry less, about bringing harms to their people. Like a hedge fund manager, they can afford to take big risks because they are not playing with their own money. When tyrants win it is because of luck, not brilliance. This is easier to see when tyrants lose – as they nearly all do in the end, when their luck runs out.

Can Free Speech Survive the Internet?

The internet has made it easier than ever to speak to others. It has empowered individuals to publish our opinions without first convincing a media company of their commercial value; to find and share others' views without the fuss of photocopying and mailing newspaper clippings; and to respond to those views without the limitations of a newspaper letter page. In this sense the internet has been a great boon to the freedom of speech.

Yet that very ease of communication creates new limits to the freedom part of free speech: the ability to speak our mind to those we wish without fear of reprisal.

Productivity is the Wrong Argument for Diversity

If you look around your workplace and everyone, or least all the managers, look the same - same sex, skin colour, social class, age - then your company has a diversity problem. But why is it a problem?

Because the most obvious explanation is a failure of meritocracy. Such features as the colour of one's skin or sex are arbitrary and irrelevant to people's ability to do a job. Therefore the fact that people of certain skin colours or sex are missing from your workplace relative to the wider society presents a prima facie challenge to the fairness of your company's criteria for employment and promotion. To assume otherwise - for example that people of certain colours, sex, class, age, happen to have different (inferior) career preferences or different (inferior) talents has no credibility. It is to assume the exact set of facts most convenient to make a problem someone else's, rather than to take responsibility for investigating and fixing it.

Call this the negative argument for diversity: If you don't have internal diversity in line with the wider society then you are probably treating people unfairly and you need to investigate and try to fix it. For example by identifying and mitigating biases in how job applicants are evaluated and structural impediments to their career progress. It leaves a lot of details still to be argued out, but I think it is the right way to go.

But there is another kind of argument that is now much more common, the positive argument that organisations should promote diversity because it pays off. This is the argument I want to criticise, on the grounds that it jeopardises the negative argument from fairness; reduces individuals to stereotypes about groups; and perpetuates unjust stereotypes and social relations.
Read more »

Judicial punishment is the curious idea that individuals deserve to be punished by the state for breaking its laws. Intellectually this is rather counter-intuitive. If crime is so bad because of the social trauma it causes then setting out to hurt more people would seems a strange way to make things better. There are intellectual arguments for retributive punishment of course, many of them rather ingenious. But they have the look of post hoc rationalisations for a brute social fact: it just so happens that we like making wrongdoers suffer.

The modern criminal justice system – bloated and terroristic – is the product of government expansionism combined with this societal vindictiveness.