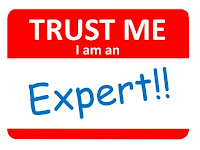 A standard reaction to the disastrous democratic discourse and political mismanagement of public interest issues from the economy to public health to gun control has been to demand more respect for experts. I am sympathetic to the idea that when it comes to facts it is better to look them up than to try to work them out for ourselves, and that the way to do that is ask the experts: people in good standing in the relevant epistemic community (previously: Democracy is Not a Truth Machine).
Nevertheless, there are problems with the 'trust the experts' mantra that should be acknowledged if we are not to fall into an epistemic trap of misplaced faith. Here are four that I try to keep in mind.
Read more »

According to the World Bank’s latest figures, around 700 million people live in utter destitution, on less than $1.90 per day, poorer than the average pet cat in the rich world. It is easy to agree that this is a terrible thing. It has so far been much harder – even for philosophers – to agree on what should be done about it. Peter Singer, for example, argues that rich people should donate more to effective charities. Thomas Pogge argues that rich world citizens should stop their governments from supporting less than ideally just global institutions. Yet this intellectual debate is an unnecessary distraction. We already have all the moral agreement we need to act. Ending extreme poverty is not an intellectual problem but a practical one, and not even a particularly difficult one. We just need to find the people who are poor and give them enough money so that they aren’t poor anymore.