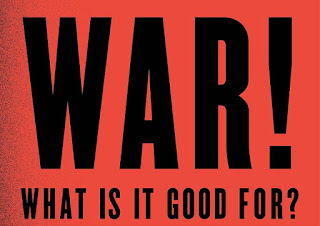 “How do you ask a man to be the last man to die for a mistake?” John Kerry challenged Congress about the Vietnam war in 1971. There in a nutshell is the standard test by which democratic republics assess their military adventures: Is this cause worth dying for?

The idea of such a test is a good one. War is a question of politics, indeed the oldest question of political power: ‘Who's in charge here?' Specifically, governments contest each other's sovereignty – their ability to get their own way – by employing or threatening the means of extraordinary violence. Since war is defined by its terrible means, it can only be justified by some extraordinary purpose. Ordinary political goals will not do. Hence the need to find some measure that will be immune from the merely personal or factional interests of politicians or their hubris.
Nevertheless, Kerry's test is not quite right. The most ethically significant thing about war is not that our soldiers are ordered to risk their lives to further the interests of our state – or perhaps just our politicians – but that they are ordered to kill for it. The real ethical test of a war is whether our cause is worth killing for. If that is not satisfied then our soldiers are mere murderers and we are the ones who made them so.
This test turns out to be much harder to meet.
Read more » 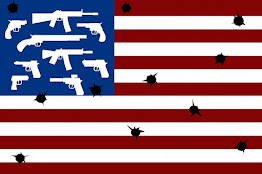 Mass shootings get more attention from America's gun control movement than they objectively deserve, and this distracts from the kind of regulations that would significantly reduce gun murders.
Read more » 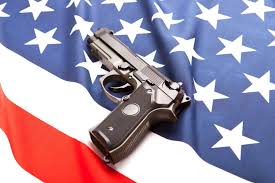 The Duty To Forgive Murderers

There are people living among us who have done terrible things to other human beings – murder and rape, for example – yet who nonetheless deserve society’s forgiveness.

They have been convicted for their crimes and punished by the laws we collectively agreed such moral transgressions deserve. Now they deserve something other than punishment. They deserve to be treated with respect rather than resentment, contempt, and suspicion. They deserve a real chance to overcome their history and make something of their life.
Read more » 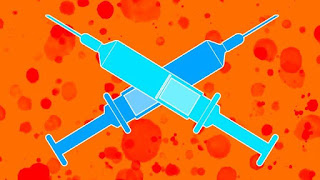 The authority of scientific experts is in decline. More and more people think they can figure things out just fine by themselves and reject the intellectual division of labour laboriously built up over the last few hundred years. This is foolish since expertise is a civilisational super power on which our modern prosperity is founded. It is also dangerous since expert advice is essential to addressing existential threats like epidemics and climate change. The fewer people believe scientists’ pronouncements, the more danger we are all in.

Fortunately I think there is a solution for this problem. Unfortunately, it looks like some people are going to have to die.
Read more »

What Kind of Jobs Will the Robots Leave Us?

Machines powered by self-learning algorithms and internet connections are displacing humans from all kinds of jobs, from driving to legal discovery to acting in movies. Will there be any work left for us to do? Economics says yes. Will it be awful or will it be nice? That is up to us.

Academics Should Not Be Activists

In a civilised society, academic scientists are granted a special epistemic authority. They deserve to be listened to, their claims believed, and their recommendations considered seriously. This is because what they say about their subject of expertise is more likely to be true than what anyone else has to say about it.

Unfortunately, some academics believe they have a right - or even a duty - to exploit this privileged status as a resource for influencing society to do what they think best. They lead organisations and political movements to campaign systematically for specific laws, policies, and political candidates. They join governments. They tell their students who to vote for and help them organise protest marches. They launch lawsuits and organise boycotts of companies and countries they disapprove of. Here are some high profile academic activists you might have heard of Catharine MacKinnon, Richard Dawkins, Jordan Peterson, Cornell West, Peter Navarro.

My argument is that activism is something different from merely communicating what you know about a pressing topic to the public or even advocating for specific policies that follow from that expertise. Those are right and proper things for academics to do. Activism goes further and crosses a line that separates virtue from vice. It is not only unethical in itself, but is also antithetical to objective empirical research, public trust in academia, and even the functioning of activist organisations. Because academic activism short-circuits the usual quality control systems, even if it succeeds in achieving its aims it is a matter of luck whether or not society benefits. But because of how it works it certainly degrades democracy.
Read more »