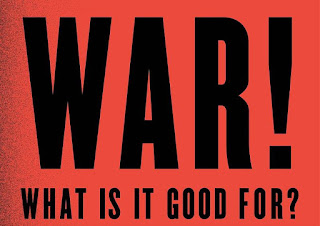 “How do you ask a man to be the last man to die for a mistake?” John Kerry challenged Congress about the Vietnam war in 1971. There in a nutshell is the standard test by which democratic republics assess their military adventures: Is this cause worth dying for?
The idea of such a test is a good one. War is a question of politics, indeed the oldest question of political power: ‘Who's in charge here?' Specifically, governments contest each other's sovereignty – their ability to get their own way – by employing or threatening the means of extraordinary violence. Since war is defined by its terrible means, it can only be justified by some extraordinary purpose. Ordinary political goals will not do. Hence the need to find some measure that will be immune from the merely personal or factional interests of politicians or their hubris.
Nevertheless, Kerry's test is not quite right. The most ethically significant thing about war is not that our soldiers are ordered to risk their lives to further the interests of our state – or perhaps just our politicians – but that they are ordered to kill for it. The real ethical test of a war is whether our cause is worth killing for. If that is not satisfied then our soldiers are mere murderers and we are the ones who made them so.


This test turns out to be much harder to meet.
I
Soldiers kill people. That is the whole point of them. Somehow we mostly manage to pass over this simple fact. Soldiers are organised into an army, an intricately coordinated killing machine dedicated to applying ruthless and devastating force against the people who stand in the way of their government's will.
Soldiers also get killed. This is sad, but it is not the most ethically significant thing about soldiers or war. Anything worth killing for must also be worth dying for. But the converse is not true.
There is a fundamental asymmetry between the ethics of dying for and the ethics of killing for. There are lots of causes that people are prepared to die for, but very few that are worth killing for. The difference is to whom justification is required. Your life is yours to risk for your own subjectively valued reasons. But other people's lives are not yours to risk on this basis. Their lives are their own, not construction materials out of which to build your life.
A democracy may be able to legitimately determine a national interest, such as defending national honour or geostrategic interests, that would be worth asking its soldiers to risk death for. Perhaps, on a Republican account of democracy that made much of the general will, this would even justify conscripting soldiers to do their duty whether or not they recognised it. But even then, one cannot reasonably expect the soldiers on the other side to accept that our national interest also justifies their deaths. Only a universal, non-nationalistic reason could do that. One that would make sense no matter which side you were on.
II
That reason is human rights. Most importantly, preventing the core crimes against humanity identified in international law since Nuremberg: the systematic infliction of atrocities like genocide, rape, and torture upon a population by a government or by its consent.
There is no true conflict between human rights and national sovereignty because they are merely different levels of the same moral system. Human rights are the universal moral concern that justify and limit the traditional rights of sovereignty, such as the exclusion of foreign interference from a territory and the government's monopoly of legitimate force.
Parenthood is not a model for sovereignty but it may serve as a limited metaphor. On the one hand parental rights personalise responsibility for children's rights to specific individuals and provide them with the powers and exclusivity required for them to fulfil those responsibilities. Likewise, sovereignty, the right of a government to get its own way in its territory and over its people, delegates responsibility for a population's human rights to that government so that it can best fulfil that responsibility.
On the other hand delegated rights may be reviewed or removed. A parent who abuses their children should be held accountable for their failures and their parental rights subjected to external interference or even complete removal. Likewise, a government that tortures its own people forfeits its rights to sovereignty, and may legitimately be inspected and coerced by other governments, or even replaced by a new regime. Moreover, although governments have a specific responsibility for protecting and advancing the human rights of their own peoples, they have a general responsibility to prevent crimes against humanity anywhere else in the world (as acknowledged in the Responsibility to Protect principle.)
III
Merely recognising that the protection of human rights is the only just cause for going to war does not mean that it is enough by itself. The very sensible other standard tests of just war theory still apply: proportionality, last resort, and having a reasonable chance of success. Human rights are not an open license to attack North Korea, let alone China.
Nevertheless, a human rights approach changes things. The interests of states and their jealousies about those interests are pushed back into their proper limits. Instead of reflecting rivalrous competition between states, just wars turn out to be limited to policing actions upon objectively misbehaving states. Of particular significance is the new commitment to impartiality, that all lives are of equal value in our considerations, no matter whether they be our citizens or theirs, soldiers or civilians.
A further implication returns us to the asymmetry between dying for something and being killed for something. Human rights provides the universal reason that dissolves that asymmetry, but it introduces a new one. If our soldiers are fighting for human rights then they are fighting for something that even the soldiers against them should agree is worth killing for. It is thus permissible for our soldiers to try to kill enemy soldiers that get in their way. But the opposite is not the case. The soldiers defending a regime guilty of crimes against humanity are not fighting for a cause that is worth killing for. If they fight back, even in direct self-defence, their actions amount to murder, further crimes to be added to those of the regime they defend.
This moral responsibility may not be legally judicable, as involvement in war crimes is. Nevertheless it reintroduces an obvious point that has been left out of the legal and ethical conventions of modern warfare. In a war only one side – at most – can be just. As a soldier, it matters whether you are fighting for that side or not, and this is not a responsibility you can outsource to the people who give the orders. As a civilian, it matters whether the ends justify the means or whether your government is simply sending soldiers to murder in your name.

Acknowledgement
This essay is inspired by and borrows substantially from David Rodin's reflections on the human rights revolution in the ethics of war. It was previously published on 3 Quarks Daily.