Moral Status Should Not Depend On Social Status

“The poorest he that is in England has a life to live as the greatest he” (Thomas Rainsborough, spokesman for the Levellers at the Putnam Debates)

What does it mean to say that everyone is equal? It does not mean that everyone has (or should have) the same amount of nice things, money, or happiness. Nor does it mean that everyone’s abilities or opinions are equally valuable. Rather, it means that everyone has the same – equal – moral status as everyone else. It means, for example, that the happiness of any one of us is just as important as the happiness of anyone else; that a promise made to one person is as important as that made to anyone else; that a rule should count the same for all. No one deserves more than others – more chances, more trust, more empathy, more rewards – merely because of who or what they are. 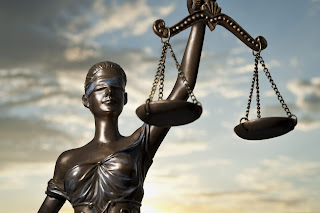 This ideal of equality is a point on which pretty much all moral philosophers agree, and it is also the ideological foundation for liberal states. In the last centuries, much progress has been made in realising it in institutions like universal suffrage, the rule of law (where justice is portrayed wearing a blindfold), and impersonally (bureaucratically) administered social insurance systems. But this equality revolution remains an incomplete and fragile achievement. It is in perpetual conflict with our all too human moral psychology, which evolved to manage the micro-politics of small groups and is highly focused on personal relationships and social status; with assigning privileges rather than recognising rights.

Who you are known to know still counts for far too much in how we get treated. Within the state and between the state and those it governs, personal relationships are much less significant than they used to be after a centuries long effort to redescribe them as ‘corruption’. But they are merely down; not out.

In the day-to-day functioning of the bureaucratic organisations essential to modern society, relationships still matter because they matter to people. They also persist at the top, in the mutually self-serving reciprocity between donors and lobbyists and politicians, although generally unofficially and on the margins. Occasionally one also sees them breaking through into the direct treatment of individuals by the state, such as the peculiar custom of US cops giving out cards to ‘friends of the police’ (including donors to their unions and family members of officers), so they can be identified for kinder and more lenient treatment.

However, this challenge to the equality revolution, though real, is well known and the focus of much scrutiny and resistance. Another challenge – the connection of social to moral status – has gone far less recognised, and may even have grown worse under the guise of ‘meritocracy’ .

Consider what happened around Covid. The most dangerous jobs were those deemed essential and done by people of low social status. Workers at Amazon warehouses, for example, lacked the moral status to make the public case that their jobs were not essential to society (only to making Bezos richer). Others doing genuinely essential work lacked the moral status to demand protection, for example by rearranging workplaces to allow social distancing and getting prioritised for scarce supplies of masks, gloves, and sanitiser supplies. Sometimes this didn’t only cost their own lives. Nearly every country had horrifyingly high death rates in care homes no matter how well they managed other things. The basic reason is that care workers have low moral status because they have low social status, and so their needs and interests are almost invisible in a modern meritocratic society. Their complaints weren’t noticed until hundreds of thousands of care home residents were already dead. This contrasts with nurses and doctors whose high moral status brought them a massive outpouring of public sympathy and support, as well as government attention, funding and PPE supplies. This is not to say that those workers have had an easy time of the pandemic, but their complaints were heard and often acted upon, and they had lower infection and death rates than many other kinds of workers.

When we link people’s social ranking to their moral value we systematically mistreat them. Some get much less than the merits of their case should deserve. Prisoners get less access to basic healthcare and even minimal hygiene needs like soap and water (that would have reduced the spread of Covid) because they are taken to be less deserving and so their needs count for less than a real person’s. Low status victims of sex crimes are taken less seriously by the general public as well as by police and judges, are forced to bear a heavier burden of proof if they dare to use the criminal justice system, and find their complaints about this mistreatment also ignored. Others get more than they deserve, as in the high status perpetrators of sex crimes who are granted unfounded epistemic authority or are given extra chances because people find it easier to empathise with their situation and care for their future. Is it possible that a serial corporate fraudster like Donald Trump could have stayed out of jail all those decades, let alone won the presidency, if laws in America applied to high status people in the same way they do to others?

Obviously this social ranking is intimately entangled with any systematic injustices a society may have, such as the rules and values associated with gender and race. Since treating people morally unequally amplifies and legitimises existing unfairness, this is often how the sharp shortfall in moral equality becomes visible, how the lie of meritocracy becomes obvious. However, the real problem does not lie in any particular social ranking system such as associated with racism or sexism, but in our intuitive attraction to thinking of moral status as hierarchical in the first place. Our goal in completing the equality revolution should not be to find the right social hierarchy on which to arrange people’s moral status, but to remove any link between the two.